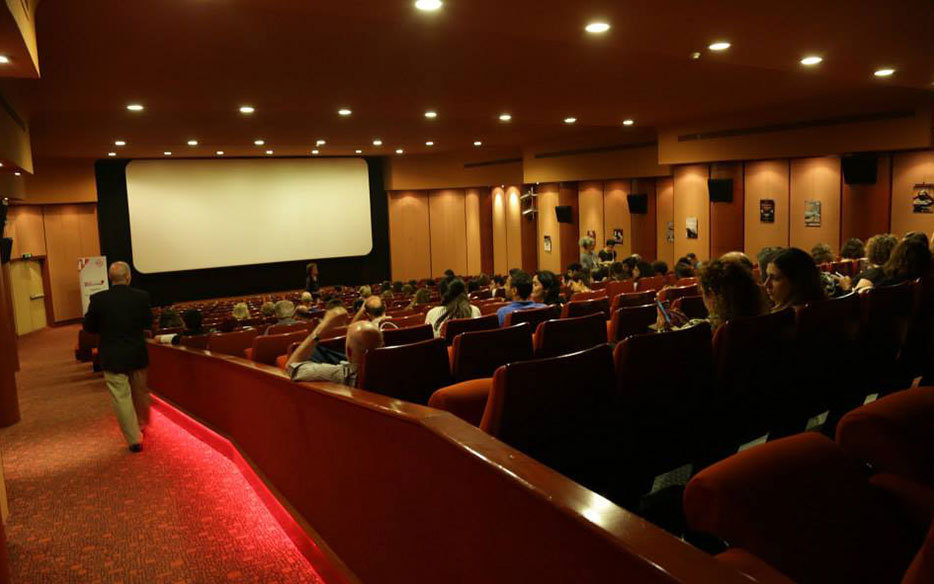 There is good news out there for anyone who dreams of writing their own movie. Not just for those currently in the film industry, but even newcomers finally have their chance.

Since the very first Lebanese feature film, the French-mandated The Adventures of Elias Mabruk (Jordano Pidutti, 1929), Lebanon has produced roughly 500 films and there’s been a steady yearly growth since Douieri’s West Beirut (1998) and the films of Labaki and Aractangi in the 2000s.

Although that’s relatively minuscule in comparison to Holly- and Bolly-wood, we are seeing growth. One thing we cannot control is our sheer market size: we’re a tiny country without a lot of people, so this means, even the best movie in the world will have a limited audience and therefore, limited amount of ticket sales. Consequently, our budgets end up being much smaller than projects deserve because of the risk of return.

Raed Sannan, the Executive Director of Falcon Films, an established Lebanese production and distribution company, expanded to Egyptian distribution simply because there’s a whole lot of them (Egypt’s population is 90 million strong). This doesn’t mean he doesn’t have his eye on Lebanon. This expansion gives him the latitude to “target and promote new Lebanese films and take [the Lebanese cinema] industry to a whole new level.”

Sannan is also realistic about the sheer quality of our existing movies. While we have some great films out there, most recently “Film Ktir Kbeer”, our commercial movies are completely below standard. A lot of the time, we are embarrassed to mention them, or, we hear audience members say things like: ‘it was awful but not as awful as usual, so I guess it’s an OK film.’

As Sannan explained to us, there are two main issues; the first being the market size, which means, producers and distributors need to start tackling the Arab World as a whole and not just Lebanon. Once they have a good story, they can use their market expertise to guide the creative feedback that they give writers. Which brings us to the second issue: the story actually has to be good in order to do this.

Films are made in phases, and each phase is crucial to the success of the next one. The first phase is of course, the script. Without a good script, the next phase of visual concept, casting and prep will fall flat regardless of the budget. Meanwhile, directors, cinematographers and even actors do not give enough importance to storytelling training.

But it’s not all bad news. Our Lebanese movie industry actually fosters huge opportunities for new writers. Now, more than ever, distributors like Sannan’s Falcon Films, are looking for new work. Yes, they can sell even the crappiest of movies and make their money back with profit, but, because of the existing competition, they don’t want to do that anymore. They need to set themselves apart, not just in the numbers, but in content. Even the market size is an advantage because it makes the industry that much more accessible. Where you need an agent in Hollywood, you just need to know someone in Lebanon, and, everyone knows someone.

This is what FADE IN: has been waiting for since our inception in 2014. As a creative academy with storytelling at our core (movies & novels mostly), this new industry landscape makes it so our support for writers can go even further; all the way to the cinemas!

Bottom line, we need to get good stories into the hands of the industry. As Sannan assured me, it can be even more of an advantage if you’re a first time writer; all you need is a good idea and then a good script. This will take time to write, but, it will be worth it.

“A good story is the foundation where we can make adjustments for selling it to the market,” says Sannan. When asked if he thinks a newcomer can break into the Lebanese movie industry simply with a good script, he answered, “absolutely.”

Have you met FADE IN:?

We would love to hear from you!
Write here: info@fadeinbeirut.com