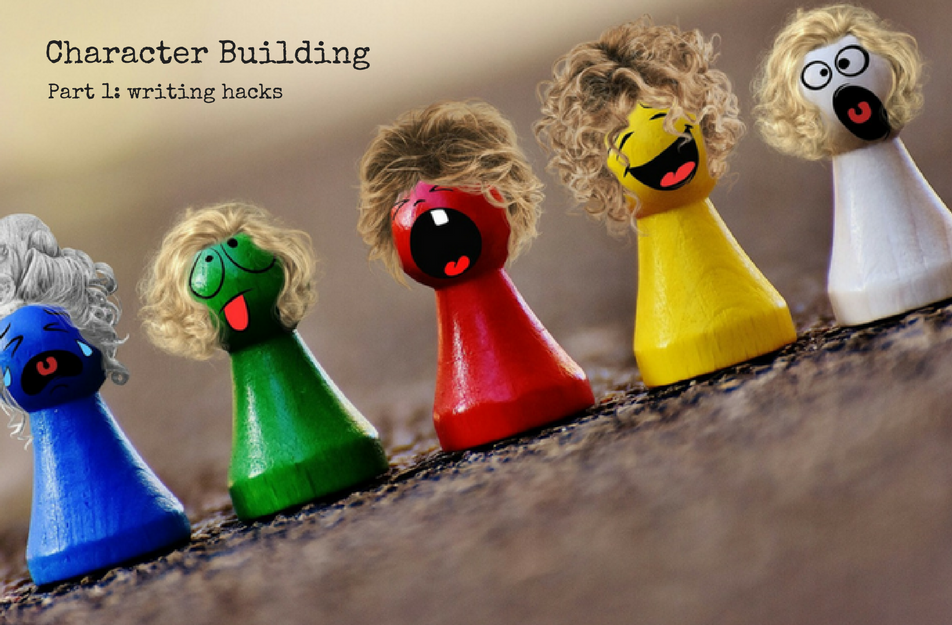 In books, movies and TV shows, we find ourselves connecting to fictional characters in all aspects of our reality. We talk about them to our friends as if they’re real people; analyzing their situations and connecting their problems back to our lives. We relate to them on such a personal level that we even miss them when we’ve finished reading or watching. In some way (psychological and neurological), we even learn behavior and interpersonal skills from fictional characters we admire.

This phenomenon all begins with the writer.

Often, when writers are asked how they build such believable characters, they falter in their answers. To us, our characters are not just cut outs on paper, they’re real people who just so happen to live in our imagination. As writers, we are the first audience members, relating and analyzing our own characters as they move through story.

This is an intuitive process, however, I’ve found that early in the writing process, you can coax the truth of your characters and ultimately be led to a direction where they come to life.

Here are 3 character hacks that I continue to use in my own work:

When I am writing a scene (I’m using scene here to reflect an activity or series of activities that occur as part of a main event in either film, TV or novel), I always begin with the main event at hand. For instance, my main character is walking down a street in Beirut to arrive at a café to meet with a mysterious man about an upcoming job that we do not know about yet. Everything is pretty straight forward, but when I rewrite this scene, I look for actions that my character(s) can do. Is the main character eating a bag of candy as they walk down the street? In which case, can this character interact with any of the surrounding players – like street kids or old men playing tawleh – perhaps by giving them a candy? How does this play out? Usually, you’d be surprised what you discover about the character by adding the simple action of ‘eating a bag of candy while walking.’ Now, arrive to the café. Add action here too. Does the character shake their leg incessantly? How does this affect the mysterious man that they are meeting? How does this affect the surrounding patrons or the waiter? Adding action will force you to think of the surrounding world or at the very least, will start to breathe life into your characters. Even if they are alone in a room – having your character tap their fingers, make a sandwich, pace around, clean up the space or any random thing you might come up with, will certainly enhance the scene and help you better understand your character and the world that they inhabit.

Where action will force you to address the physicality of your characters, dialogue will allow you to hear them. I often look at dialogue in rewrites, but this isn’t a rule. When your character speaks, try giving them a “tick.” For instance, do they speak in short sentences only, or do they repeat themselves in a single sentence? Do they use large words and elongate their vowels, or, are they speaking in dialect? No decision is a wrong one, but if you listen in life, you’ll realize how differently people speak and what that says about them. An inherently shy person doesn’t speak in the same way that an outspoken person would. Try observing people’s speech patterns and this will become glaringly obvious. A person’s speech pattern says a lot about who they are – and you’ll find, that dialogue will say a lot about your characters as well.

In film and television scripts, we don’t have much room to describe a character, often, being condensed down to a single sentence. When I coach novel writers, I ask them to do this one-sentence exercise, because I find the more descriptive freedom a writer has, the more they will delve into a list of physical attributes. This doesn’t mean that physical attributes are absolutely off the table when describing your characters, this is simply a way to help you enhance your characters and the way you think about them. Instead of character physicality that essentially list statistics – hair, eyes, height, weight – open yourself up to express their “look” in many different ways. Below are few examples from my own work in screenplay and prose that might help you:

She was the type of person who walked into a room as if she were walking down a runway. And people noticed. When she walked into the…

He picked up his phone to dial her number and stopped. He took a moment to recognize his manicured nails, spread out his fingers and marvel at the perfect shape of the nail bed and its cuticles. He wondered what his father would think of…

Sandra always looked like she was lost in thought, even when she was in the middle of a conversation…

Try these tricks when writing and rewriting – they are your first steps into seeing the world through your character’s eyes.