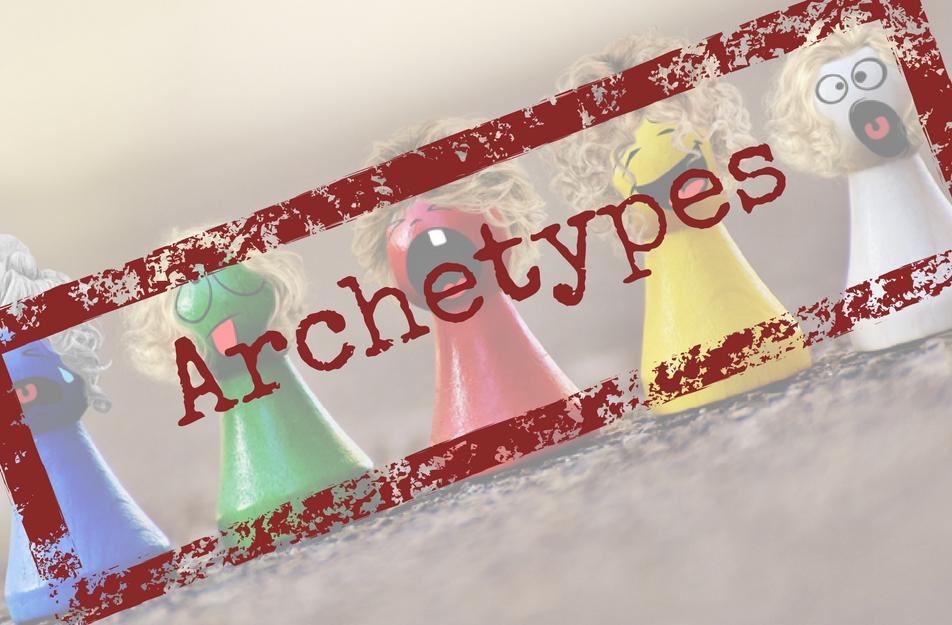 Since I have deemed April 2018 the month of character, I have dedicated weekly blog articles to shed light on some tools that have helped me build characters that are loved (and hated). Last week, I touched on 3 simple tips to enhance your characters in novel and film. This week, we are discussing Archetypes.

The notion of Archetypes was originally philosophized by Swiss psychiatrist and founder of analytical psychology, Carl Jung. He believed that deep-rooted, behavioral components exist in each person’s unconscious in the form of emotional patterns and motifs that span from our experiences and understanding of the world. These are manifested in mythical personas, called “Archetypes.”

Here are the 7 most common archetypes in storytelling:

The Innocent
Core motive: to be good; not oppose authority
Example: Tiny Tim (A Christmas Carol); Prim (The Hunger Games)

The Caregiver
Core motive: to protect others (often this is a mother/father figure protecting children)
Example: Katlyn Stark (Game of Thrones)

The Sage / The Mentor
Core motive: to find the truth and guide with knowledge
Examples: Gandalf (Lord of the Rings); Professor Dumbledore (Harry Potter); Professor Jules Hilbert (Stranger Than Fiction)

Take a look at a character you have written and:

With that said, a writer does not have to be a psychologist – there is a certain degree of intuition that cannot be studied – however, we can use the principals of psychology as guiding tools in the writing process.

Tips and reminders when using Archetypes to enhance your characters:

Some writers like to begin with the persona of a certain Archetype and build their characters from there, however, this is sometimes counter-intuitive. Try writing your characters from instinct and identifying their archetypes as you rewrite. This way, you can use archetypes to enhance your work instead of trying to mold a character to fit something they may or may not be.

Ask yourself what your characters want at their core; this will help you identify which archetype they might be

Characters can shift from one Archetype to another, depending on their relationship to the people around them. Think about this in your own life. You might be a “Caregiver” when you’re dealing with a younger cousin that you grew up with but, you might be a “Rebel” in the midst of certain friends or authority figures.

Always lead with intuition and never over-analyze or psychoanalyze your characters. Simply use psychology as just another tool to help you dig deeper into your characters and their motivations.

I’m not sure if Jung intended it or not, but his archetypes are immensely helpful in storytelling. As you continue to write characters, you’ll find these principals inside your own life as well, and perhaps, you’ll begin to better understand your own relationships and your place in the world.