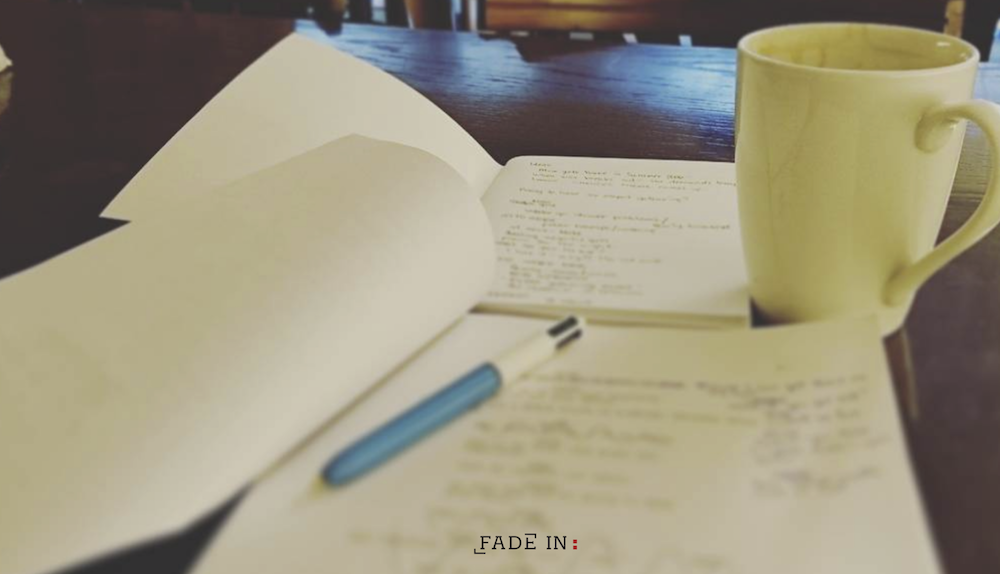 THE MISSING PIECE TO BECOMING A WRITER

I’ve been writing in some capacity for over two decades. I picked up a pen (or more likely a crayon) at 6 years old and I’ve been writing fiction ever since – screenplay, novel, short stories, poems, proverbs, and prose – you name it. Imagining characters, bringing them to life, taking them through situations – this has always been my solace and my savior from the complicated realm of emotion. Reality can be quite the struggle, and writing helped me survive it.

I wanted to share my experiences and my love of writing with as many people as would listen. Throughout the years, I’ve pushed and pulled and molded a methodology to help me communicate just how it is that I write stories, use writing for self-development, and finally, make it a career. But it wasn’t until recently that I found the missing piece that would ensure success.

Here’s how it breaks down…

Writing down exactly what you want to say is the easy part – and the hard part too. When I developed the methodology that is the basis of all the workshops and programs at fadein writing hub in Beirut, I focused on breaking the barriers of one’s mind – effectively called writer’s block – and helping writers encourage their creativity to pour out on paper. Most of the time, people don’t come to me to help them form sentences or come up with ideas, they come to fadein because that voice in their head is telling them:

It was overpowering what they actually wanted to say. Usually, this stops writers (new and old) before they really even begin to shape and understand their stories. A few writing exercises would help shut up that damn voice and get some real work done. In the development of a creative writer, this is a foundational step and it needs discipline and practice, but it’s not enough. What comes next is essential.

2. Technique: because storytelling is an art AND a craft

Now that writers were writing whatever comes to their mind, the second step would be to impose technique. Stories are a creative art, that’s for damn sure, but telling good stories is also a craft. There is structure and language nuances involved in order to transmit and express a story to an audience who will understand it intellectually and then connect with it emotionally. Keep in mind, if a reader doesn’t know what you’re saying, if they’re in any way confused, then connecting emotionally will become very difficult. We’re not talking about dumbing yourself down or compromising your vision – but denying that stories have a technique will forever hinder your ability to write great work.

Technique takes practice – and toggling between letting your ideas pour out of you and then imposing technique to build story – this is the creative process.

But these two steps aren’t enough.

I remember the day that the missing piece came to light. I was working with a young writer who is extremely talented and has wanted to write her stories for years. Her ideas are spot on, her technique is learned and she was practicing it, so why couldn’t she finish anything?

3. Deadlines: you are your own boss

I gave her a date and a page count and that was that. I also made it risky. If she doesn’t meet that deadline, I will no longer work with her. I told her this was because I was only looking for “serious writers,” and couldn’t spend my time with people who gave false promises or elongated the coaching process, which would eventually lead to a mutual frustration. This was only partly true. Mostly, what I wanted to do was set up consequences for missing deadlines. And, it worked. She wrote more than 30 pages in two weeks, more than she had in a few years.

Deadlines are tricky and should be managed based on your lifestyle. If you work 12 hours per day, don’t set up a 10 page deadline in one week; hell, even if you don’t work that much, 10 pages is a lot to start with.

Initially, you might need a writing coach to guide you through all these steps and set up manageable short-term deadlines, but none of this means much unless you can do it on your own. And someday, you will be able to.

Like going to the gym, at first you’re clunky and you need some guidance, then you’re better but you do have help, but pretty soon, you’re planning your own work outs and seeing results. The creative process is just like that, only instead of results to your body, you see results in your own stories.

Check out this article on meeting your creative deadlines for more details to set your own.