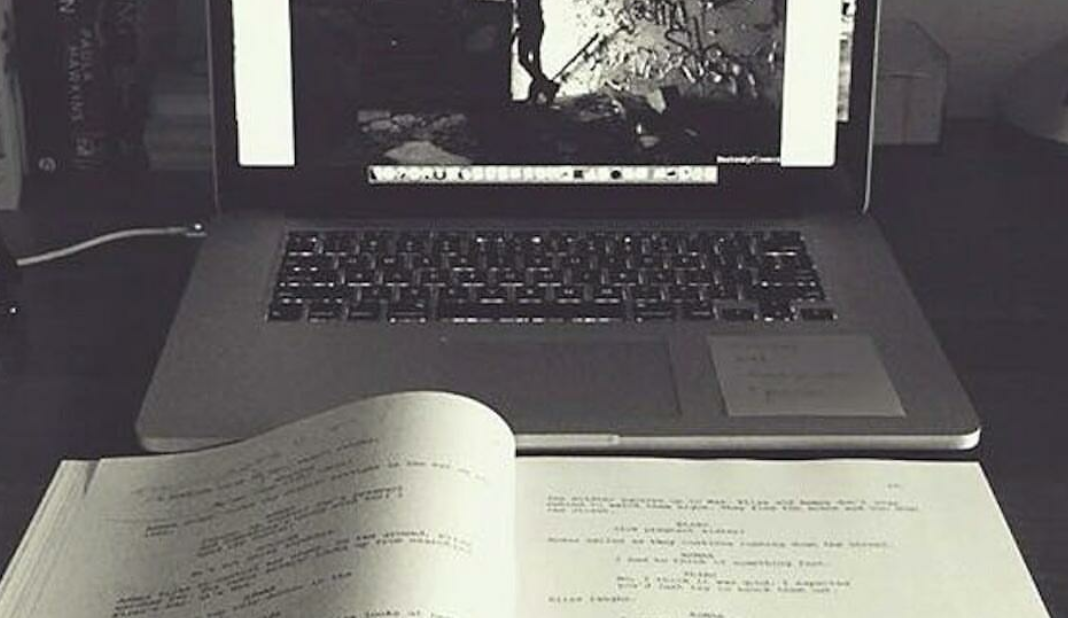 HOW WRITING CHANGED MY LIFE

Just a bit over six years ago, my mentor in my “university acquired profession” told me I should be a screenwriter. I smiled politely and nodded and said, “yeah, maybe someday, why not.” At that point, I had not written anything close to a screenplay or even flirted with the idea. I don’t think I even knew what a screenplay really was – beyond being the written version of a movie or a TV show.

At that time, I had not ever taken writing seriously. Ever. Back then I had been writing fanfiction for a couple of years, for fun of course because that’s what fanfiction is, fun.  Looking back, I don’t think my work was that great either, but it taught me a lot about writing, that’s for sure. I knew that I loved movies, that I was obsessed with TV shows; I knew that storytelling was one of the most powerful tools available to a person in the creative field, which I was, still am, but Architecture and my work in it was pretty far away from writing.

Two years ago, I decided to leave the nine-to-five corporate world, thinking it would be smart to embark on a life of being a freelancer. What this means is you spend most of your time as an adult freaking out and stocking up on comfort foods, pretending you’ve got things covered when you’ve got absolutely nothing covered.

It was a pretty exciting first few months especially when I came across a poster advertising an Intro to Screenwriting workshop at FadeinBeirut. That conversation from six years came to mind right then, and considering I had more free time than a two year old, I figured I should try this out. It could turn out to be fun. And I was right. It was a lot of fun. And more important than fun, it was the start of something new – and if you’re ever watched High School Musical, I’m sorry for the ear worm.

In all honesty, it changed my life. Yes, this is a cliché. Clichés are not always bad. They can be your friend; low maintenance and quite predictable and you can always count on them to come through. The introduction workshop was great. For the first time in a very long time I found myself surrounded by people who came from different careers and professions but who were just abuzz with creativity, with this burning desire to share stories and to dive into imaginary worlds and go after the impossible and the unknown. What more do you want? Throw in unlimited internet, pizza and you’re good to go.

Here’s the thing though, and a great thing it is too. I didn’t necessarily learn how to write at Fadein. I learned that I can write. I learned that I can start something and actually finish it. I learned that the story I have to tell matters and is worth telling. And with the proper guidance, it can become a story that other people want to read. I learned the power of story and the importance of storytelling. I was able to find my voice and learn that I don’t have to copy another voice to be heard. I learned that if I have faith and love my own story and my characters, if treat them well, if I persevere and if I strive to make it through every word then with every milestone my voice will get louder and my story will be heard.

In October 2014, during the introductory workshop, I wrote twelve pages of a story about a group of people living in Lebanon in 2037. It was exciting. It was strange and definitely nerve-racking the first time the whole class read it out loud. It was surreal when fifteen minutes later, after watching them nervously and hearing my words being uttered out loud for the first time, they didn’t seem to hate it. In fact, these relative strangers actually enjoyed my twelve pages. It is a feeling I cannot even explain.

Another feeling I will never be able to explain came in April of 2016. Eighteen months after I had written those twelve pages, I had in my hand a screenplay of a full feature film, one hundred and twenty pages. A full story. A screenplay. Beginning to end. I had actually done it. I wrote a screenplay.

And so here we are, two years later, a feature film screenplay, a TV pilot screenplay and series map, and an actual paying job on a writing team in which I can refer to myself as a screenwriter. Not too bad. Not too bad at all. And there’s always pizza. What more could a girl want?

Yasmine Mehio is a writer that creates alternate realities that are so real, you feel like you’re right there with her characters. She is a screenwriter and trainer at fadeinbeirut as well as a contributor on Just About Write. When she’s not guest-blogging or doodling, she can be found binge-watching her latest series obsession.