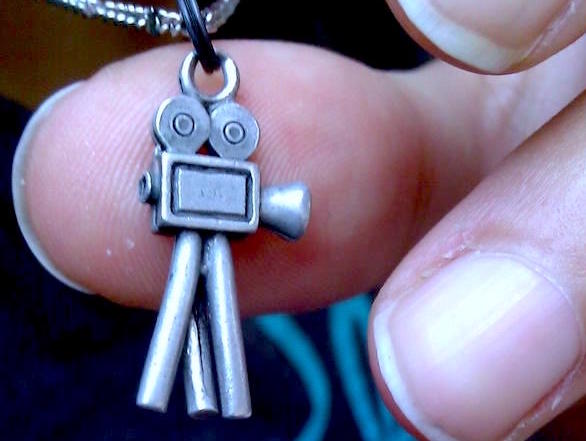 5 THINGS THEY DON’T TEACH YOU AT FILM SCHOOL

I went to film school, and my answer to that question is and always will be: film school is what you make out of it. It’s super expensive so it’s a tough choice and many talented filmmakers that I know did not go to traditional film school. Even when they did, the real education started when they made their movies in the real world.

Here are 5 things they don’t teach you at film school:

1. MAKE A LOT OF MOVIES
You need to make a lot of bad films to start making any good ones. That’s because you will make loads of mistakes in your first film and you won’t repeat them in the second one. You’ll just find a whole new list of mistakes for film number two. The third one, won’t have any of the same mistakes as film #1 and #2 but you’ll make a different set of mistakes on number three and so forth. With more practice, you’ll close the gap between your vision and what actually shows up on the screen.

2. START SMALL & ON THE CHEAP
In other words: get over yourself.
Practice with small projects that you can shoot with your phone, tablet or anything else that takes video footage. Use your friends as actors and keep it short and simple. Need great sound? Use a ¼ inch RODE mic ($70) that hooks up to the headphone input of your phone and record sound separately (trust me, I’ve tried it). There are apps for editing and tricks for special effects. The key is, the more you shoot and edit, the better you’ll get at every aspect of visual storytelling. You’ll be flying through those mistakes and learning a hell of a lot along the way. When you have the script you’ve always wanted to shoot and you need a budget and a crew, at least you’ll be prepared for them.

3. THE SCRIPT, THE SCRIPT, THE SCRIPT
Even with the smallest projects, developing your script deserves the MOST ATTENTION. I repeat: your script deserves the MOST ATTENTION EVER. Yeah you’ve heard it before but for some reason, you’re so eager to shoot that… THE SCRIPT damnit. No excuses. Your screenplay is your story. With a great story, your audience will forgive many things. They’ll forgive continuity mistakes and bad lighting. They’ll forgive a shaky camera and do-it-yourself special effects. If your audience cares about your character(s), they will forgive many other shortcomings. Except for bad sound of course…

4. SOUND
An audience will never forgive bad sound. It’s too distracting and gets in the way of the story you want to tell. For smaller projects where you can’t afford to pay an experienced sound person, request a meeting with one and ask about alternative methods of capturing sound. Don’t worry, they’ll respect and appreciate your commitment to making good movies instead of just throwing money at projects that you’re not ready to shoot. For bigger budgets, hire a sound engineer in advance and go through the script with them – just as you would with a Director of Photography. Don’t underestimate sound and give it the respect it deserves, before, during and after shooting.

5. HAVE FUN!
This trite tidbit is oh-so-painfully true. Have fun with the people who are helping you with your movies, big and small, because I’m sure they’re contributing above and beyond for YOUR project. Have fun with your mistakes, because with each mistake, you know you are getting closer to someday realizing your storytelling visions. Have fun because otherwise what’s the point, really? You are making movies and it’s the greatest job in the world. If you don’t have fun , it will reflect on your projects, or worse, it’ll make you hate the film, regardless of how it turns out. Don’t get me wrong, it’s REALLY FLIPPIN’ HARD to make movies because it’s really stressful and things fall apart a lot of the time, but if you’re having fun for most of it, you’ll find your crew will rally around you during these difficult moments.